Jharia, called the‘Land of Coal Fields and Coal Mines’, is an important notified area and a part of the Dhanbad district in the state of Jharkhand. It is the fifteenth largest town in Jharkhand and is an important commercial and industrial centre, due to its coal mine reserve. It is a rich source of bituminous coal that can be used for making coke. Jharia thus plays a prominent role in the economy and development of Dhanbad. Its strategic location and well developed network of transport makes it easily accessible via rail, road and airways. 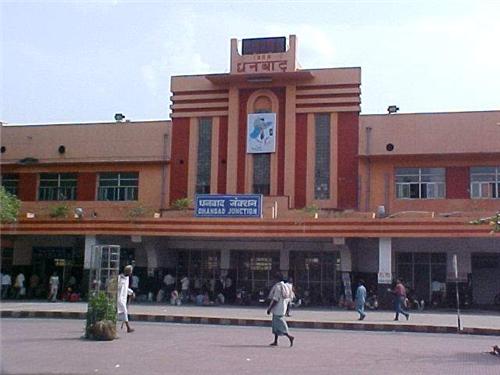 Dhanbad Railway Junction, about 9 kilometres from Jharia is the nearest major railway head. It is one of the busiest junctions in the state of Jharkhand. This junction is considered to be one of the highest revenue generating divisions in the Indian Railways. It is connected to all major cities like Mumbai, Delhi, Ahmedabad, Bhopal, Chennai, Kochi, Indore, Nagpur, Jaipur and many others. It thus faces a huge influx of visitors throughout the year. You can reach Dhanbad Junction from Jharia by taxis, buses or private vehicles.

Jharia does not have an airport of its own. The Birsa Munda Airport at Ranchi, about 173 kilometres from Jharia is its nearest airport. Taxis and regular bus services are available It can be reached in about 3 hours via the Ranchi – Purulia Road. Operated by the Airports Authority of India, it has regular flights to major Indian cities like Delhi, Mumbai, Ahmedabad, Patna, Kolkata, Bangalore etc run by leading airlines like Air India, IndiGo, Jet Airways, JetKonnect etc.
Birsa Munda Airport in Ranchi

Jharia has a well organised network of roadways, connecting it to major cities in as well as near Jharkhand state. The city of Dhanbad is at a distance of about 8 kilometres from Jharia and can be reached via Purulia – Dhanbad Road and NH 32 in about 13 minutes. The Jharkhand State Road Transport Corporation (JSRTC) runs buses at regular intervals connecting Jharia to nearby places. State run bus services can be availed from the Jharia Bus Stand. There are a number of buses run by private travel agencies, plying throughout the city. Luxury buses and mini coaches services by individual agencies can also be availed by those looking for extra comfort and luxury.


Local Mediums of Transportation in Jharia

Major means of local transportation involve taxis, auto rickshaws and rickshaws. Those looking for inexpensive means of communication can avail the services of shared autos that are common especially in the areas around the coal fields. Auto rickshaws are available during the day as well as the night time. Mini buses and luxury buses are also widely preferred by the people, especially by the tourists visiting Jharia. Pre-Paid Taxis can also be hired for commuting within the city as well as to nearby cities in Jharkhand.

Comments / Discussion Board - Transportation in Jharia