Art and Culture of Jharia

Jharia is an important industrial city in the Dhanbad district of Jharkhand, known for its abundant reserves of coal. Besides, it is also known for its multicultural and fun loving people, who love to celebrate various festivals and follow their traditions and customs. Owing to the influx of people from different parts of the world, this city can be considered to be a perfect specimen of ‘Unity in Diversity’.

People belonging to various religions and communities including Hindus, Muslims, Sikhs, Buddhists and others live together in Jharia in peace and harmony. Being an important industrial centre, Jharia has witnessed a constant inflow of visitors from different parts of the country, who have now become a part of this city. Jharia is also home to many local tribal people. Thus, one can experience ‘Unity in Diversity’ among the people living here. 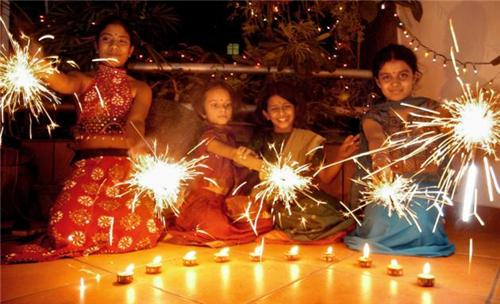 The people of Jharia celebrate various festivals in an enthusiastic manner. Diwali, Holi, Chhath Puja, Durga Puja, Charak Puja, Guru Purnima, Id, Muharram, Christmas, New Year and other festivals are celebrated by the people belonging to different religions and communities, keeping aside all their differences. The grand and elaborate Rath Yatra, organised at the Jagannath Temple in Dhanbad, draws huge crowds of visitors from Jharia.

Folk Songs and Dances of Jharia

Music and dance form an integral part of the celebrations and festivities of the people in Jharia. The songs and dances, besides being forms of entertainment, carry a lot of social significance for the people here. Udasi, Jhumar, Janani, Phagua, Pratkali, Adhratiya, Daidhara etc are some of the popular folk songs sung here, accompanied by traditional musical instruments. Popular dence forms include Chhau, Agni, Nachni, Nathua, Santhal and others. The folk songs and dance forms thus are a portrayal of the rich customs and traditions followed by the people here.


Art and Crafts of Jharia 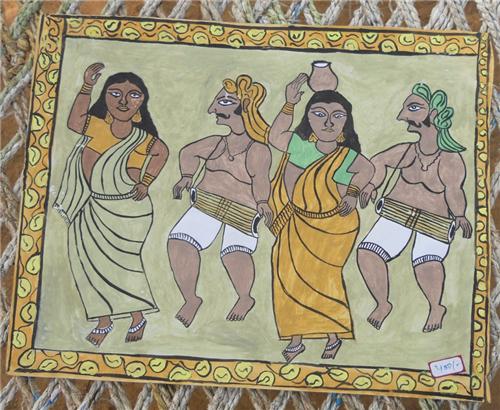 Bamboo craft is a popular art form practised by the people in Jharia. Various innovative items like baskets, wall hangings, boxes, musical tools, hunting equipments etc made by the artisans in and around Jharia are in great demand among the tourists, visiting Jharia. The Paitkar paintings, also called as scroll paintings, made by the tribals living in Jharia are also quite popular. These paintings, made on pieces of marble, are one of the oldest tribal paintings in India and depict various innovative themes, related to life after death.

Though a variety of languages are spoken here, Hindi is the most widely spoken and commonly understood language here. Other popular languages here include Bengali, Santhali, Bhojpuri, Maithili, Magahi etc. A considerable number of people here speak other languages like Urdu, Tamil, Malayalam, Gujarati etc. English language is gaining popularity among the younger generations and is increasingly being used for official communication and busineES

Women in Jharia prefer wearing traditional sarees and blouse. Tussar silk sarees are quite popular among the residents as well as the tourists visiting Jharia. Sarees having tribal prints are also quite popular among the women folk here. Due to the influence of Western culture, costumes like salwar kameez, jeans, tops, skirts are gaining popularity among the women. The men in Jharia prefer wearing kurta, pyjama and dhoti, however, Western attire like shirts, trousers, jeans are gaining popularity among the younger generations here.

Comments / Discussion Board - Art and Culture of Jharia